The "Teaching of Modern Prophetism" tries to represent the Light of the “great dream" of initiation, the light absorbed by the dreamer.

Unfortunately, for many centuries we have been surrounded by indifference, behind an illusory appreciation there is a hostile attitude towards the oral visions-revelations; in fact, attempts have been made to kill the people and the wise spokesmen of the "great dream" and "great Light", which also represent the only possible salvation from capitalism and the slavery perpetrated by the powerful for domination purposes instead of freedom or life. But we shall never give up our effort for the representation of the light, as long as the peoples of the world will not have all of the Promised Land.

Violence: the Meaning of all its Aspects – the Root of Violence 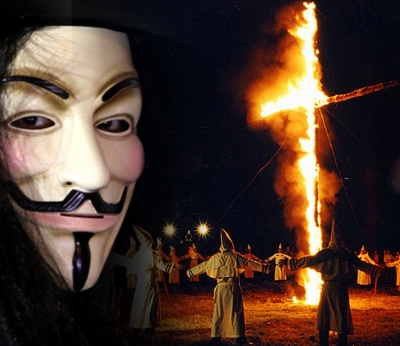 The Mistaken Interpretation of Non Violence 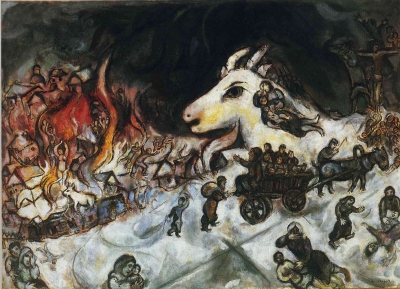 I want to evoke the historical personality of Gandhi, so similar to that of Jesus; you should not forget what he actually taught, not what they would make him to say. In his diary, “old as mountains: the truth and non-violence,” he says, “if I had to choose between armed struggle and cowardice, the truth teaches me to choose armed struggle; but just because I'm a follower of truth, the truth, when there is no cowardice and there is awareness and courage, teach me the path of non-violence”.
¡Escribe el primer comentario!
Leer más ...
Etiquetado como

Fanaticism-Power and Limits of Fanaticism 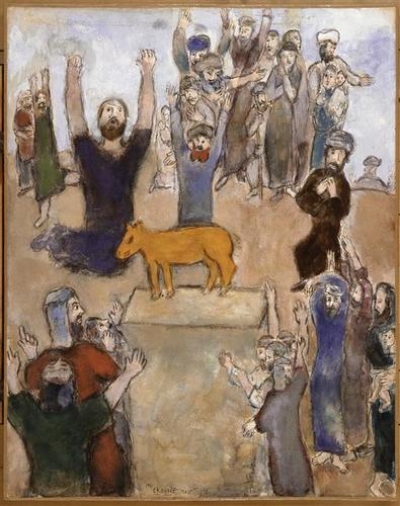 Power and limits of fanatic doctrines. The power and the strength of a community does not only depend on the members or components and on their number, but very much on the economic component, but even more on the doctrine that prophesies and that everyone carries out. Let's see therefore how a fanatical doctrine (and we see even today with the Isis) often increases a community's power.
¡Escribe el primer comentario!
Leer más ...
Etiquetado como 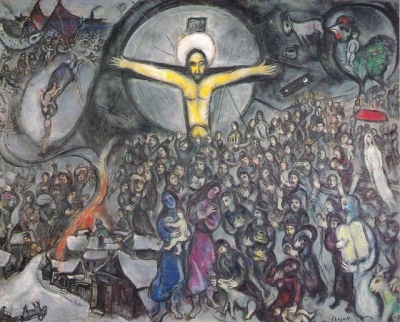 Only following the path "of the last who shall be first, and the first last" (thus avoiding the concept of “last”, “first”, “coincidence” and “removal of opposites”), we can feel universal love, which will enable us to love and help both our friends and enemies looking for humanization; just like the sun, we shall spread light, life and warmth not only to our friends, but also to the secret needs of our enemies.
¡Escribe el primer comentario!
Leer más ...
Etiquetado como

The Importance of Word and Time 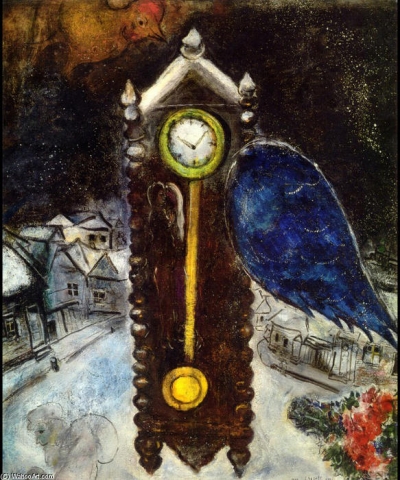 Over the life cycle of men and books, in particular of those dealing with life like this one, the final chapter and the closing sentence are - perhaps coincidentally - the most important steps. Probably some articles have succeeded, albeit marginally, in addressing or inspiring some readers, therefore I would like to add: "Upon the drafting of this text, I listened to my heart, which in turn answered the call of our troubled time! Therefore, I decided to subject our works to constant scientific checks in order to emphasise the substance and content, and now I would like to let my heart talk about the importance of "word" and "time" within modern prophetism.
¡Escribe el primer comentario!
Leer más ...
Etiquetado como 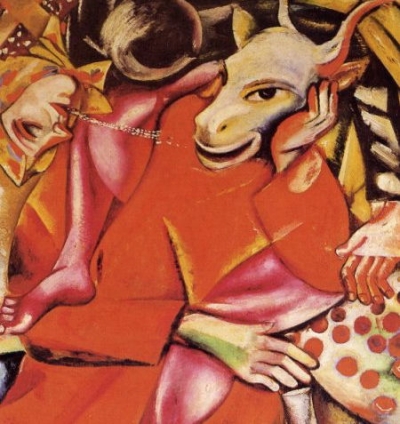 Politics and Religion should be simple: I do not mean that they are easy, but they are not complicated, life is not complicated; all the difficulties arise from the mind, which – if left free to run – tends to prevail over the others. Politicians and philosophers find it very difficult – sometimes impossible - to become humanists (i.e.: to love mankind), since the deeper the knowledge, the greater the difficulty, but the difficulty depends on us; we create it by means of power and money, but complexity cannot match with simplicity, with love.
¡Escribe el primer comentario!
Leer más ...
Etiquetado como 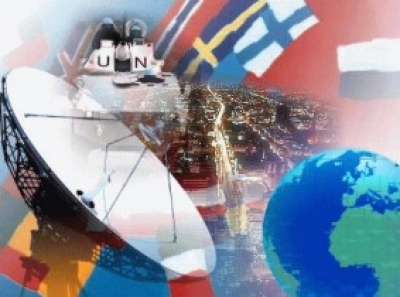 We are living in the technological era, but each situation features other three sides. To the detriment of our personality, our technological society has created the ingenious monstrosity of the group - a downside to be constantly controlled – together with the social "slave - master" hierarchy, while socialist, animist, nomadic societies pay little attention to the accumulative production of the group, but rather focus on the magic, artistic and dreamy creativity of all the group members. The animist - nomadic approach takes inspiration from the birds in the sky and the lilies in the fields, and uses technology as a work instrument.
¡Escribe el primer comentario!
Leer más ...
Etiquetado como

The Network and the Modern Prophetism 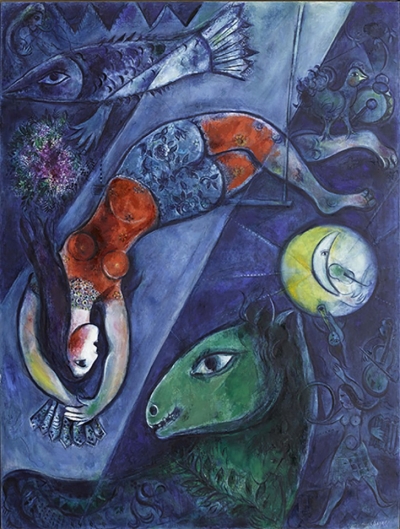 Modern Prophetism circulates on the network, since the network provides a bridge, as evidenced by a modern prophet, Pope Francis, the leader of the Catholic Church. In fact, to use his words: "We are at war, but this is not a religion war"; Well, I think that "In a society where war does not bring any return and everybody - in every social class – only takes a huge loss, there shall be no war." Therefore, we shall use modern prophetism to fight, with clear words of peace, against the masters of war, who take advantage of deluded people deprived of true values such as: - Respect for life,- Respect for the ideologies of others,- Respect for the territory,- Respect for the property of others.
¡Escribe el primer comentario!
Leer más ...
Etiquetado como 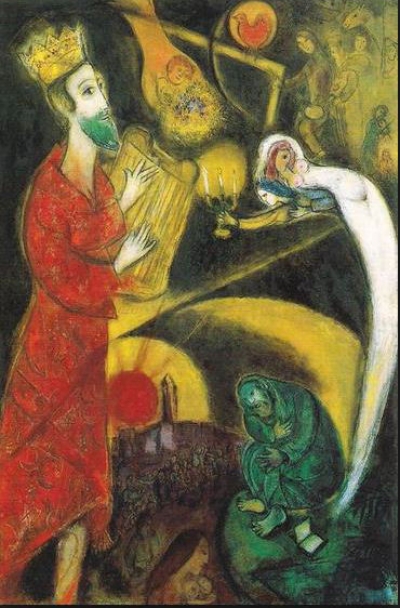 We know that the words, maybe not all, have a power, for this one must say risky words but calibrated, significant. Each word therefore has a power, so I show you " the ethics of power " for those who will use words to communicate to the people, today the people of the network. I have already spoken of the evils of power, but is it possible to have some good from the power? Lets see how? Ascetically with an exhortation: give up exercising an influence (energy) either beneficial or evil on one's fellows, use the middle path, consider this way: look for the better life, better job, a better world for the individual.
¡Escribe el primer comentario!
Leer más ...
Etiquetado como 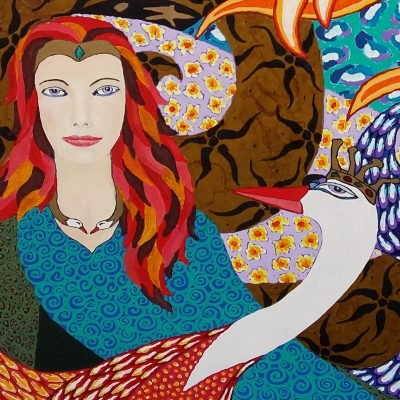 Note: the drug is the cure of the disease, to defeat the disease, the cry is the effect of fright; in this way the Modern Prophet is the effect of entrenched injustice. Without injustices the Prophecy that I give you would remain just the Poet, the Priest- " to the divine man that creates beauty, who dances in its ineffable beauty, and would not place the divine man who treats the wounded residues of beauty".
¡Escribe el primer comentario!
Leer más ...
Etiquetado como

The Power of the Organizations 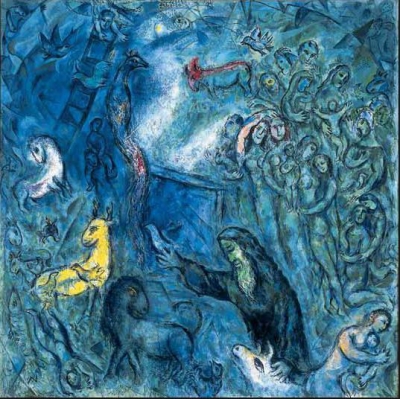 The feeling that makes up the psychological source of power and tradition in its obsequious appearance for Kings, priests, party bosses are: fear and personal ambition that originate power. The power of the organizations through which power is exercised, considering them first as bodies endowed with a life of its own in relation to forms of Government and finally on the lives of individuals.
¡Escribe el primer comentario!
Leer más ...
Etiquetado como 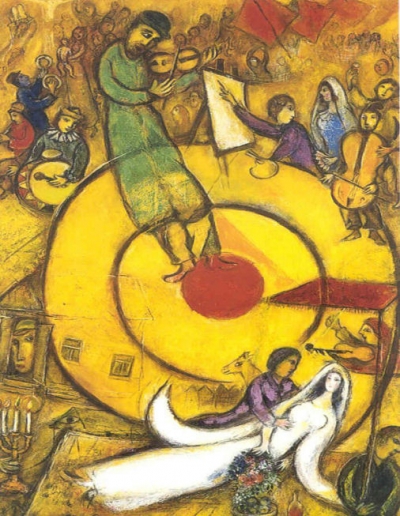 We know how important words are, in the sacred name, in primordial sound would hide the power of being and its possible creation. This means that there would be words that create, there would exist sound images, which create under certain conditions. So let me evoke the word Peace, in a language considered sacred: Shalom, peace, derives from the verb, Shalem that can be translated with " to be Complete".
1 comentario
Leer más ...
Etiquetado como

The Love of Fear 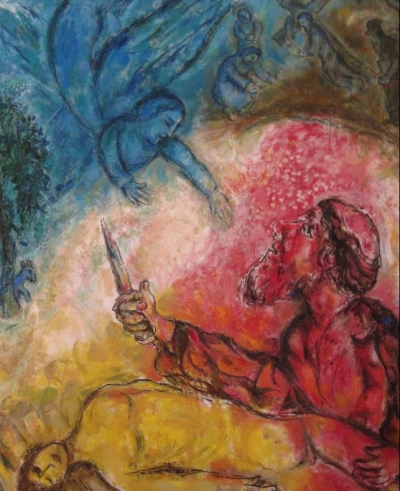 The love of fear- the refusal of pleasure - Fear paralyzes will The relation between "rich-poor"; "servant-master" divides all, it divides especially the consciences of those who have an interest in the destruction of that relationship. The Biblical prophetic wisdom expresses this situation in the right way: "In a State of oppression even a wise becomes a fool" (Ecclesiastes 6-7), it is above all the fear that folds even strongest consciences...
¡Escribe el primer comentario!
Leer más ...
Etiquetado como

The Rules of Modern Prophecy 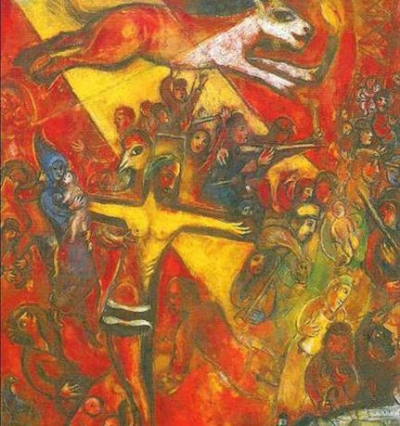 The love of power - in its broadest sense- is the desire to cause effects in the world, this belongs to human nature. Since the time of Lao-Tse this has had its supporters: mystics, politicians, people who cared about the holiness of the people, more like a state of mind than in the real and activist sense.
¡Escribe el primer comentario!
Leer más ...
Etiquetado como

The Prophets of Globalisation 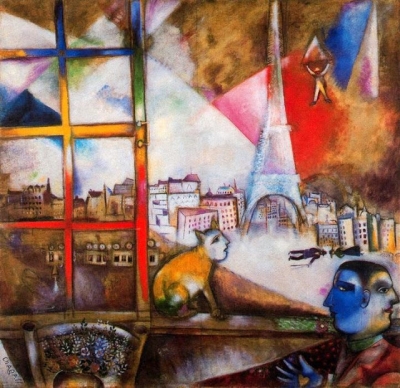 We must consider that there are two kinds of pursuit of power, already identified in the past, and two elements: a ruler and his/her follower (Christ and the apostles, all the prophets and devotees.) We must understand that men tend to adhere to the ideals conveyed by the ruler and, if they strongly believe in them, they will follow him/her voluntarily, sharing his/her victories as well.
1 comentario
Leer más ...
Etiquetado como 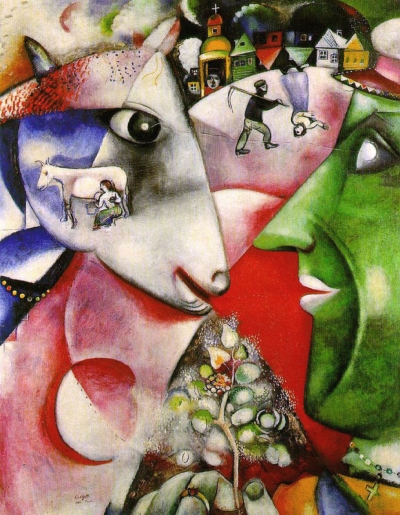 Globalisation of Thoughts - Social science Men are able to think, and within their thoughts they combine representation and awareness. This union results from two factors: the first one merely relates to the subject and has a subjective connotation, while the second one is independent and necessarily objective.
¡Escribe el primer comentario!
Leer más ...
Etiquetado como

The Freedom of the Peoples 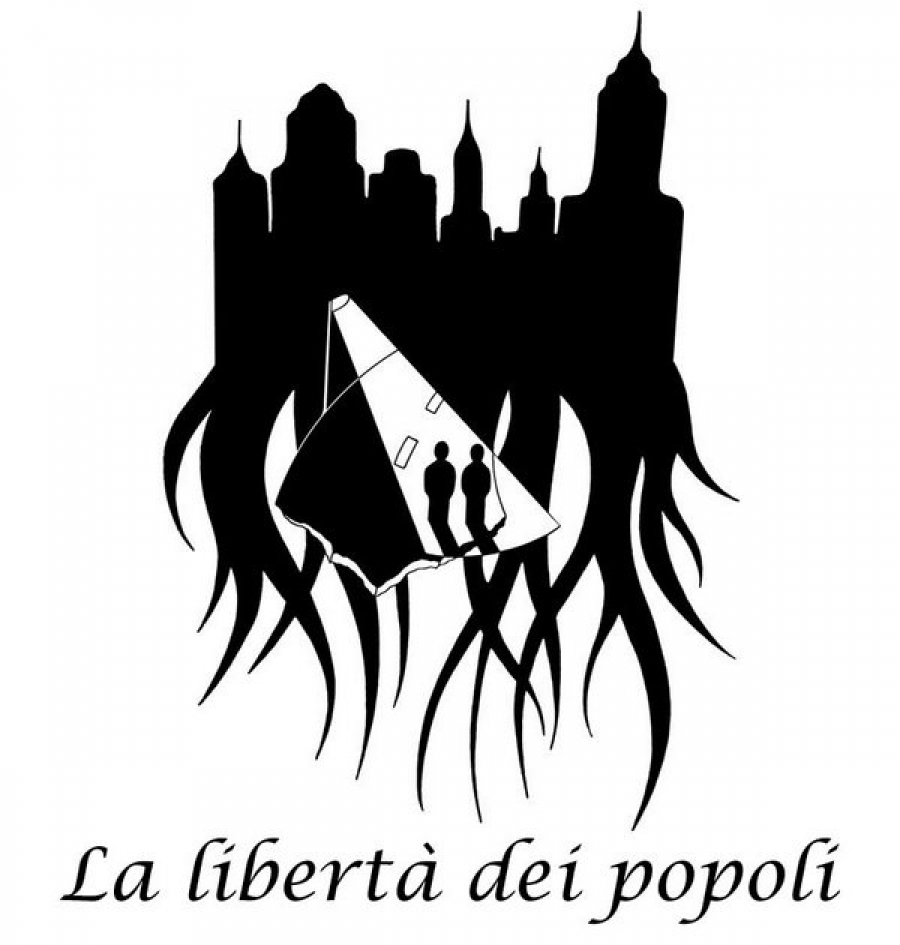 Peoples will never be free if they do not get rid of their rulers: according to the latter, in fact, the masses must be poorly educated, just to meet the awareness requirements of the State-Country. The counter-revolution, which has always been popular among the peoples, despises the awareness of the masses, especially when they ask for greater freedom and happiness. Nowadays, this is happening in Africa, but, not so long ago, it involved: Vietnam, Cambodia, the Jewish world, the massacre of Beirut, the Persian issue, the Arabic culture, Jordan and Palestine ... and many other peoples not mentioned here. So many peoples on the Earth are looking for independence from the Curial classes falling within the patronage system.
¡Escribe el primer comentario!
Leer más ...
Etiquetado como 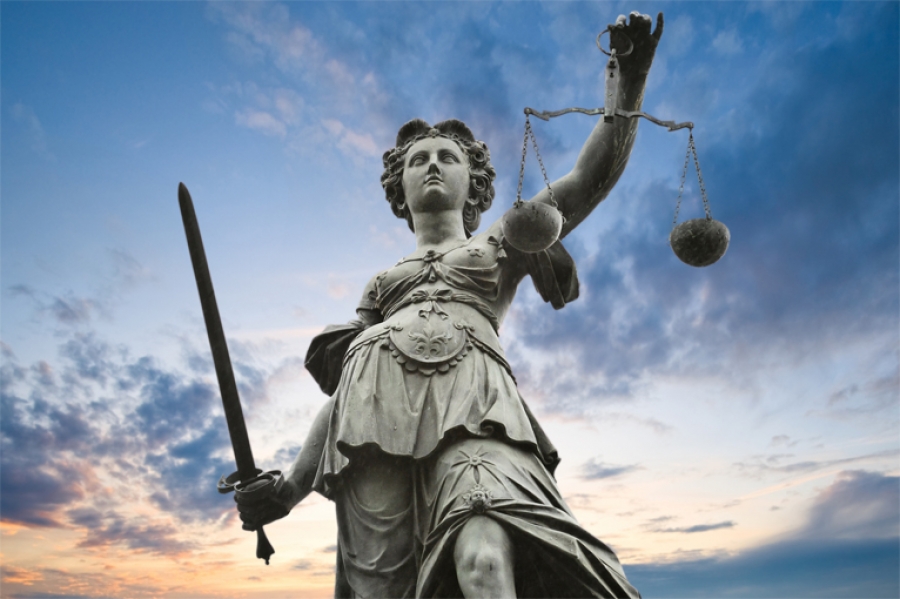 Law enters the service of men and not vice versa, it supports the weak, regardless of their identity, however it is not suitable for the current history as well as for the existing, future and unattainable justice (messiahship.) A new force has arisen, or had already arisen, from these writings and revelations. Thus you have given wings to these creatures, writings and awareness. Nowadays, just like a swan song, I can write about it, since the struggles of serfs, proletarians, colonised and rebels protect me, enabling me to create free spaces (for all the readers); truth will set us free, this is the reason why I write down the truth living inside me.
¡Escribe el primer comentario!
Leer más ...
Etiquetado como

The Canticle of the Promised Land 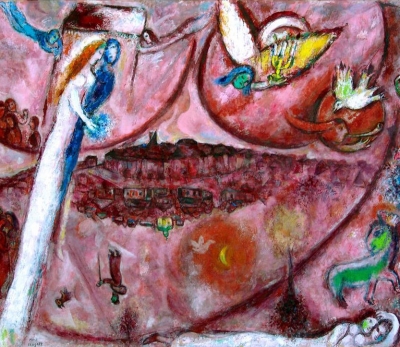 In our world, the just do not exist, because there can be no prevailing justice, and the just are often killed, persecuted, deceived (whereas the opposite occurs in the Promised Land): the just, i.e. those who act with liberality and full awareness, are crucified. "... Does not ride a horse on the hills full of beauty and love ..." (prophet Isaiah.) How many crucified virtuous men will it take, before we shall revive in the glory and in light of the return of the Promised Land? We know that Isaiah’s vision addresses the need for justice and truth. In the Canticle of the Promised Land, we know that the behaviour of the just shall be immeasurably rewarded. However, we must all recreate this ancient land, which is now almost extinct, and to this end, we must be "Just and Eternal."
¡Escribe el primer comentario!
Leer más ...
Etiquetado como